May 12, 2014 -Abeona Therapeutics Receives U.S. Orphan Drug Designations for treatment of Sanfilippo Syndromes A and B

Team Sanfilippo along with numbers of other patient advocate groups and organizations are continuing to raise much needed  funds to advance its gene therapy-based clinical programs for both Sanfilippo Syndrome type A and B. Phase I/II clinical trials for both diseases are anticipated to begin in 2014 now we have approval. 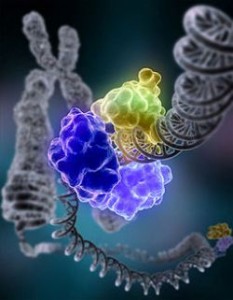 Just this week, the FDA grants Abeona Therapeutics’ two gene therapies for Sanfilippo Syndrome Types A and B, orphan drug designation.  No gene therapy has ever been approved for sale in the United States. In Europe, the EMA (European Medicines Agency), has given regulatory approval to UniQure, to sell its gene therapy, Glybera, for the treatment of the rare disease, Lipoprotein Lipase Deficiency (LPLD.  To read momre ……. http://orphandruganaut.wordpress.com/2014/05/01/sanfilippo-syndrome-fda-orphan-designations-for-gene-therapy/   Thank you for the continued support  donations to bring the trial forward for the children and families!! 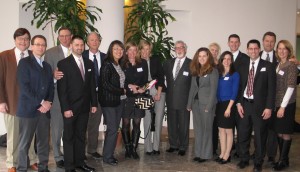 On Wednesday March 12, 2104 in Bethesda, MD. We joined the researchers & doctors from Nationwide Children’s Hospital, Abeona Therapeutics, and other Sanfilippo Parent founded organizations and families for a key step in moving the program forward. The RAC submission to the NIH was approved by a vote of 17 -0.  This means the program moves one step closer to FDA approval for a clinical trial for Type B. This also paves the way for type A to move forward close behind. It was wonderful that so many families were able to meet together with all those on the research end as well. The public comments given by the Wilson’s, the Linton’s, the Seidman’s and Cara O’Neill were all very moving.  Thank you to all the families that attended in support!

The fundraising must continue as we move forward with the trials. So please help us to finish this project, as it the most promising for the children! We need this treatment now, so let’s march forward and finish it!!

A Cleveland biotech startup focused on a rare genetic disease provides an interesting example of the growth of alternative funding for life science companies.

Abeona Therapeutics’ just-announced $750,000 seed round, which will allow the startup to complete preclinical development of gene therapies for Sanfilippo syndrome, came not from angel or venture capital investors but from research and advocacy groups.  This is the start up needed to get trials going, but still need this amount or more to continue thru the end of trials.

Mucopolysaccharidosis (MPS) type III, also known as Sanfilippo syndrome, is a group of four genetic diseases. These diseases result in a buildup of specific sugars in the brain and spinal cord. These diseases cause a decrease in mental function and the ability to move. They eventually result in death.

We are looking for patients for a study of the natural history of MPS type III, with the following goals:

For more information regarding this study, please contact the Study Coordinator Krista Kunkler at 614-722-2238, or by email at Krista.Kunkler@nationwidechildrens.org.

This study will be an asset in moving forward with the Gene Therapy with Abeona !  Exciting times are here!!

Abeona Therapeutics Closes $750,000 in Seed Round to Develop

It’s been an exciting few months for Abeona. We successfully closed our $750,000
seed round financing in December 2013 to help complete all pre-clinical studies
and regulatory submissions necessary to achieve active Investigational New Drug
(IND) applications with the FDA. We anticipate these studies will be completed
in early 2014 and anticipate enrolling patients in Phase I/II trials for both of
the IIIA and IIIB programs in 2014. Keeping on track with our development
timelines, the clinical team has already submitted the necessary paperwork with
the NIH Recombinant DNA Advisory Committee for review in preparation of our IND
submission. We kicked off our Series A fundraising campaign at the JP Morgan
conference, held annually every January in SanFrancisco, in order to raise funds
for both IIIA and IIIB clinical trials. Over the next few months, we look
forward to providing everyone with updates on the regulatory milestones, drug
manufacturing and clinical trial progress.

We (the parent organized foundations) will be needing to  continue  raising funds as the gene therapy trials move forward in patients, so please, this is not an end to the needed funds.  These trials will need additional funding as we follow the patients during the trial. So any fund raisers or donations are still greatly needed!!

Villanova versus Creighton will be “Sanfilippo Syndrome Awareness Night,” with several planned activities aimed at raising awareness for the rare disorder

The Chase Center on the Riverfront

Not too late to Attend or Donate! 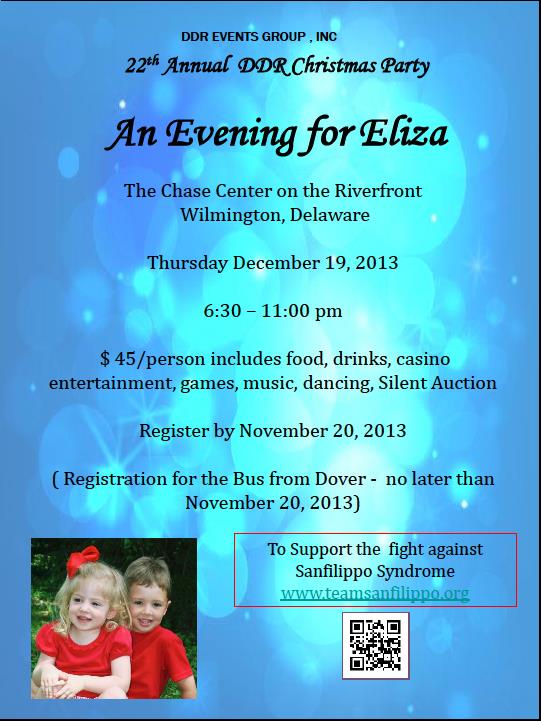 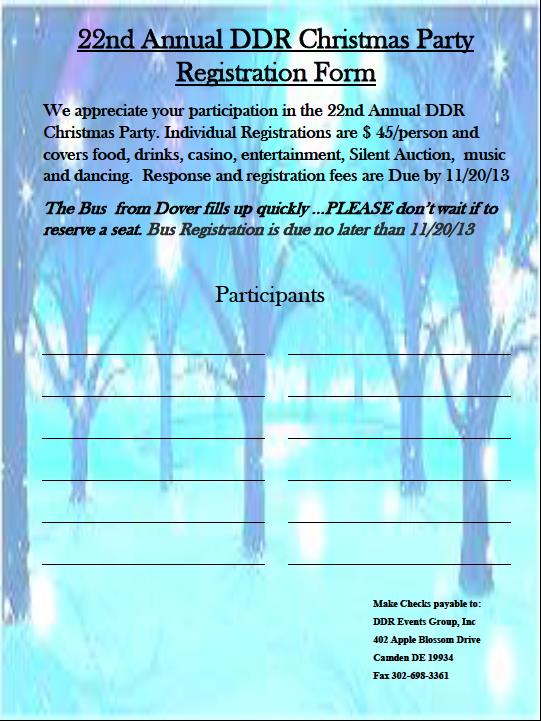 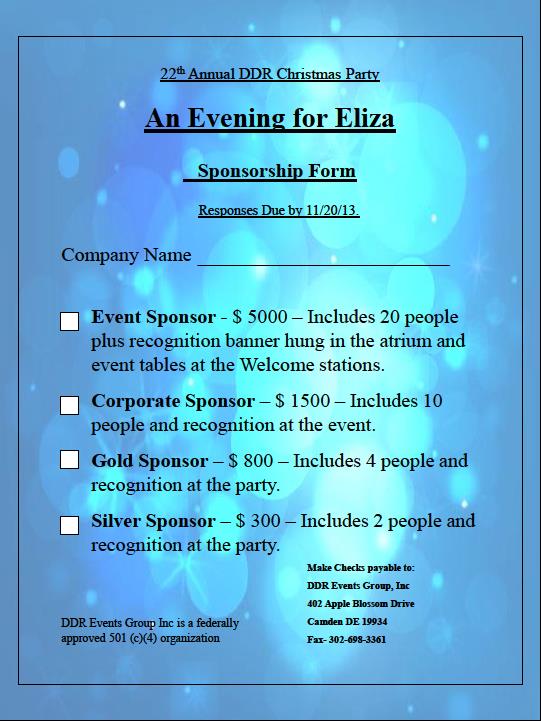 Abeona Therapeutics, Inc. is developing gene therapy based potential cures for the deadly childhood diseases Sanfilippo (SF) Syndrome Type A and Type B.  In SF disease, the predominant symptoms occur due to improper cell function within the central nervous system (CNS), which result in cognitive decline, motor dysfunction, and eventual death. Our two lead products, ABX-A and ABX-B, uniquely deliver the therapeutic product to the CNS with the aim of reversing the effects of the genetic errors that cause the disease. ABX-A and ABX-B induce cells in the CNS and digestive tract to produce the missing enzymes and help repair damage caused to the cells.

Safety studies conducted in large animal models have demonstrated that delivery of ABX-A and ABX-B are well tolerated with minimal side effects. Importantly, efficacy studies in animals with Sanfilippo syndrome have demonstrated unprecedented therapeutic benefit months after treatment. A single dose of ABX-A or ABX-B significantly restored normal cell and organ function and increased the lifespan of animals with SF over 100% a year after treatment compared to untreated control animals. Similarly, animals treated with ABX-A and ABX-B demonstrated significant corrections of cognitive defects that remained months after drug administration. These results are consistent with studies from several laboratories suggesting ABX-A and ABX-B treatment could potentially benefit patients with for Sanfilippo Syndrome Type A and B, respectively.

Abeona, in partnership with Nationwide Children’s Hospital (Columbus, OH), has met with the FDA and is planning to initiate clinical studies of ABX-A and ABX-B in patients with Sanfilippo Syndrome Type A and B set to begin in 2014.

THERAPY IN CHILDREN WITH SSANFILIPPO TYPE A SYNDROME.

radiological and biological endpoints from the perspective of future pivotal studies.

treatment for Sanfilippo Type A disease. It also sustains the extraordinary potential of gene deliverybased

patients and their families affected with such diseases worldwide”, Karen Aiach, Founder and CEO of

About Sanfilippo Syndrome and LSDs

recessive lysosomal storage diseases of which Type A accounts for approximately two thirds.

extremely severe phenotype, associated with a life expectancy reduced to the midst of the second

Sanfilippo Type IIIA Syndrome is seen in approximately 1 in 100,000 live births and affects a few

MPS-III belongs to lysosomal storage diseases (LSDs), a group of over 50 inherited disorders, with a

total combined incidence greater than 1 per 8,000 births, of which 70% have a central nervous

gene therapy for the treatment of lysosomal diseases affecting the central nervous system, the main

cause of mortality in childhood neurodegenerative diseases.

LYSOGENE brought its first product SAF-301 from bench to the bedside in less than five years.